The Amazon is the largest rainforest in the world. The Amazon is home to thousands of flora and fauna and is located on the South American continent. It is spread over nine countries, including Brazil, Peru, and Colombia.
The Amazon is one of the world’s biodiversity hotspots. Forty thousand species of wild flora, thousands of bird species, fish species and mammals live freely. About 2.5 million species of insects live in the Amazon. Thus, the biodiversity of the Amazon is almost impossible to explore and complete for the rest of our life.
It has been reported that the Amazon forest, like the heart of the blue planet, is on fire. This news is a bittersweet news. The cause of the fire is adverse human activity. Most of them are farmers and timber dealers who clear the forest and set fire to it. The fire spreads across the jungle without control. Media reports say state leaders have backed this.
The Amazon forest is like a lung that cleanses the air that is polluted by the increasing industrialization. Conservationists and the World Environment Organization need to pay immediate attention to this as forest fires are causing the world’s ecological balance to collapse. If not, no one can stop the burning of the future world. 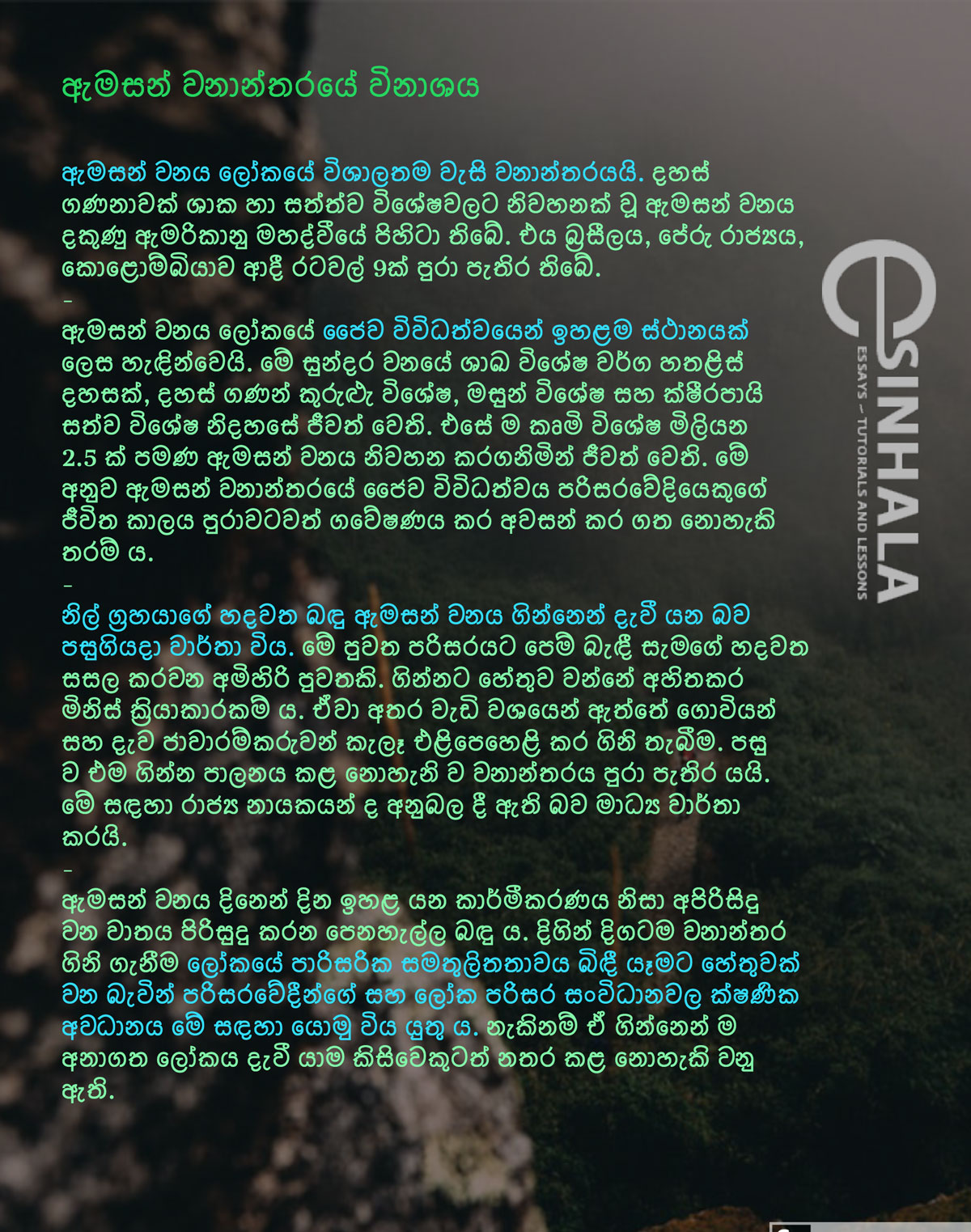 This Essay has 218 words

Sinhala essay :- The destruction of the Amazon – Grade 9

One Response to The destruction of the Amazon

Be the World’s 1st and Largest Sinhala Educational Website that Hosts Free Essays Tutorials and Lessons.