The Vesak Poya is the day when the birth, enlightenment and enlightenment of Gautama Buddha took place. Buddhists in many countries around the world celebrate this Vesak Full Moon Poya day with following of “Amisa and Pratipatti Pooja” Dhamma.

About 624 BC, Prince Siddhartha was born on the full moon day of Vesak full moon in North India. Prince Siddhartha, who lived a life of all virtues, decided to abandon his personal comfort, happiness and kingship.
He then went into the wilderness to meditate on the truth of the world. at the end
He followed the “comprising principle” and realized the noble Buddha in the shade of an ash tree in the Gaya Head of the Neranjana River. Since then he has dedicated himself to building a better society by uplifting the virtues of people around the world. Gautama Buddha performed Pirinivas on the day of Vesak full moon in the Upanthwana Sal Sal forest in Malla Rata, Kusinara.

In addition to this, Sri Lankans also carry out decorations, pandals and lighting lanterns which belong to the Aamissa Pooja, the day after the Vesak Poya day. Not only Buddhists, Hindus, Muslims and Christians alike are united as one mother’s children for such things. 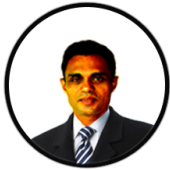 Our heritage is amazing – Grade 8 The beauty of the mountain environment